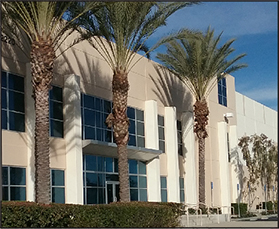 JMG’s legendary service is responsible for a high percentage of its business. That fact has been well-documented on these pages for more than two decades. Conversely, the bad service of its competitors has played a major role as well.

Case in point is the securing of the Spectra Premium distribution center in Redlands by JMG’s Senior Sales Agent Greg Hanoian. Benoit Lefebvre, V.P. Sustainable Development for Spectra, originally called the security system company that secured its prior location in nearby Riverside to begin the process for Redlands. To his astonishment, there was no response. Ever!

A commercial property manager in the Inland Empire area, who assisted Benoit in relocating to Redlands, had also worked closely with JMG over the years. She recommended Greg and JMG to Mr. Lefebvre. Since Benoit spends the majority of his time in Spectra’s headquarters in Canada, it was a welcome recommendation that proved beneficial on a broader scale than he could have imagined at the time.

Within a month, Greg and his JMG team had designed and installed an integrated system that would protect personnel and property through state of the art access control and exterior and interior camera surveillance systems. Spectra employs a staff of 85 at the 205,000 s.f. Center.

“I felt as though I was in business with this group representing JMG, who got the entire system under operation in a short time,” Benoit said. “Greg, Mike McConnell, Sr. Project Engineer and Fred Mooney, Systems Manager, designed and provided everything I needed.”

Benoit was especially appreciative as he must manage the environmental safety and security of the two centers in the U.S. as well those around the world, from his office in Quebec province.

“When I call JMG, I know someone will answer promptly and my question will be handled. Now I find it a pain to deal with the other security vendors, who rarely provide the kind of service JMG does on a daily basis.”

Founded in 1989 and headquartered in Bourcherville, Quebec, Canada, Spectra Premium manufactures automotive aftermarket products and employs over 1,500 in North America.

Feedback on Service Is Easy And Essential
22nd Annual JMG Benefit Golf Tournament To Be Held May 17
JMG Drives Security Solutions at Five Shelly Group Sites
You’ve Been Notified of an Alarm. What Should You Do Next?
Reducing Cyber Security Threats Was Subject of JMG March Seminar
A Team Effort for 30 Years